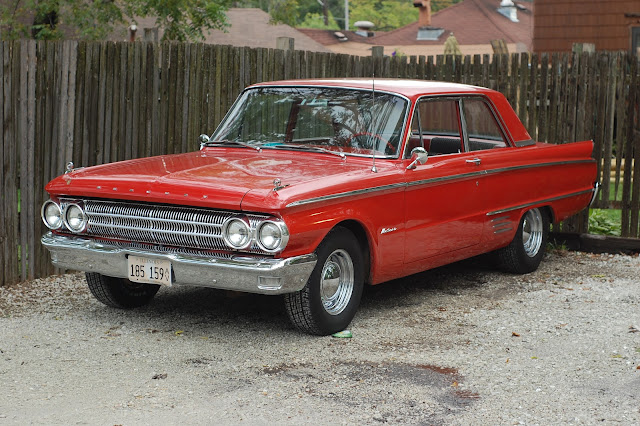 Our Meteor was born on June 18, 1962 in the Kansas City, MO Ford assembly plant. The meteor rolled off the assembly line in the following configuration: 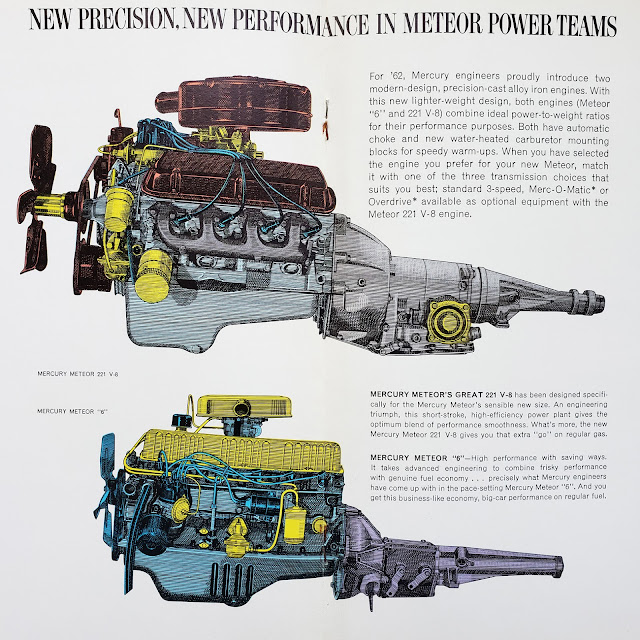 When we bought the car, I knew I wanted to keep it as stock as possible, which meant having to really talk Tom into doing a top-end engine rebuild instead of getting an all-new motor. Some things were replaced on the car, like the carb and brakes, but most of what Freddie rolled off the assembly line with is still there. The previous owner replaced the wheels in a different size, and I always wanted to put original wheels back on the car. 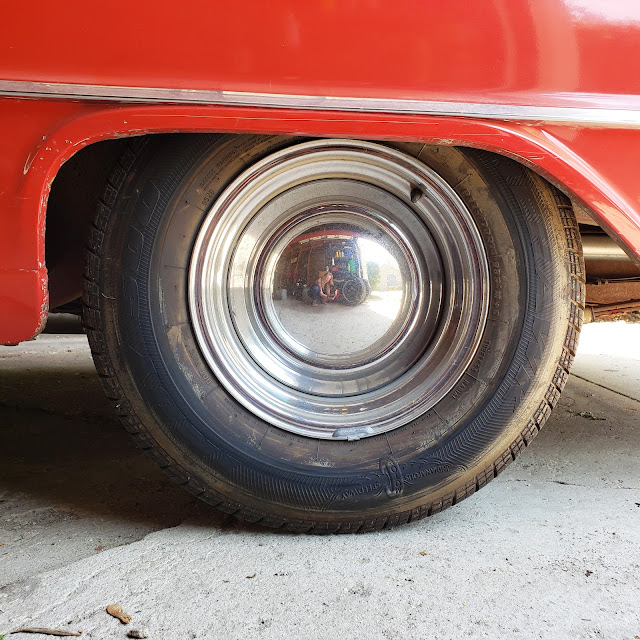 Here's the other wheels. Dude, I've always disliked them. They're chromed, and there's a mini wheel cover in the center. 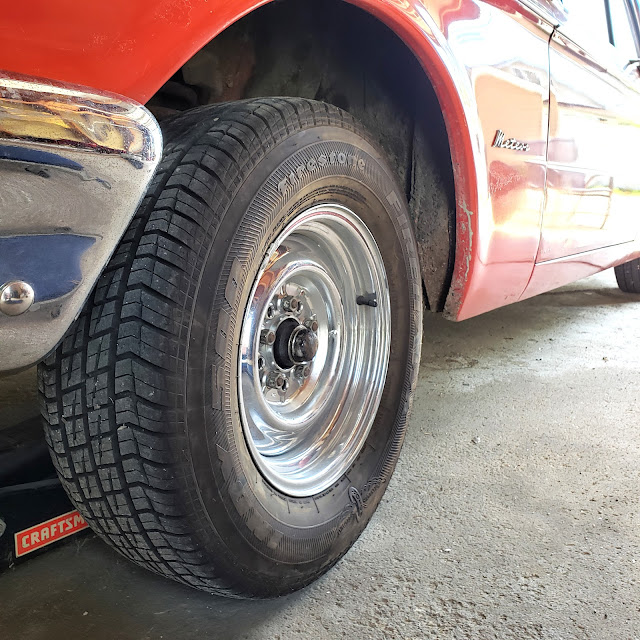 Here's the wheel with the mini cover off. It turns out these tires were also fatter than the stock tires, and were starting to rub on the back wheel wells. Which meant replacement wheels were more of a need than just a want. 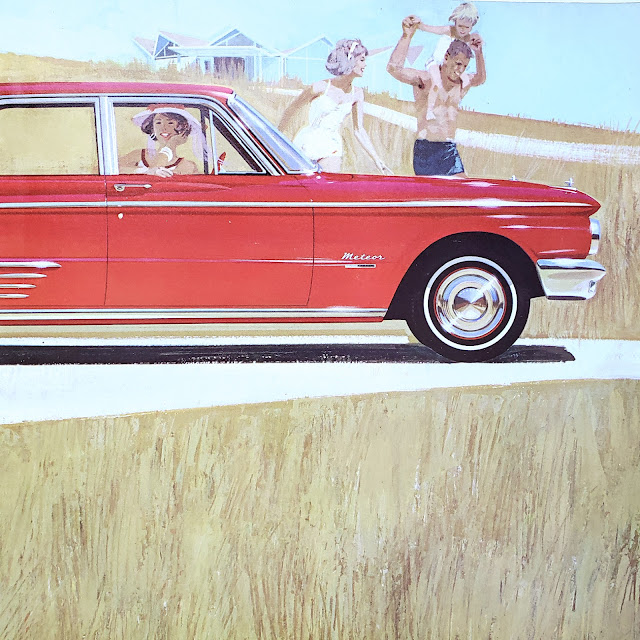 Check out the illustration above showing the stock wheels and wheel covers. I know, it looks amazing, and did I mention I had a set of original hubcaps in the trunk of the Meteor?

As fate would have it, we saw a '62 Fairlane parked in the neighborhood a few weeks ago, and stopped to talk to the owner (the Fairlane and Meteor are fraternal twins, sharing a lot of the same basic components with different trim packages). The Fairlane looked 🔥💖💯 and we noticed it didn't have the stock wheels on it, so Tom says, "Hey, you still got those original wheels?" And you know what? He did, and he was open to selling them, and they're the same, original stock wheels for the '62 Meteor! 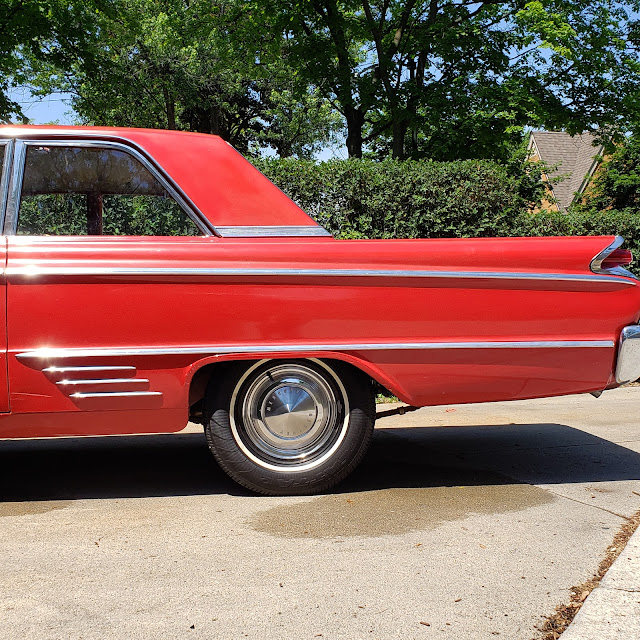 So, Freddie has some new wheels and gets to wear those stock covers for his birthday! Did you notice the wheel color in the brochure pictures? That's right, the stock Mercury line had wheels painted body color, and dude, it looks amazing. 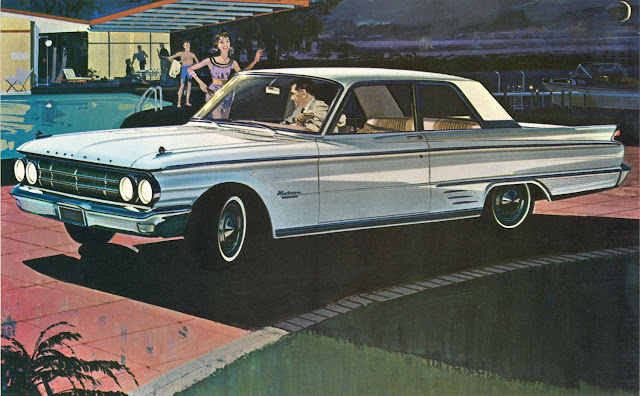 I actually told Tom I would want to paint the wheels red once, and he said he thought it would look crapfreakingtastic (and hey, thanks for the advice, but really, no thanks). Knowing this is actually how the car rolled off the assembly line means when we get the car painted in the next year, I'll insist the wheels get painted the body color at the same time. 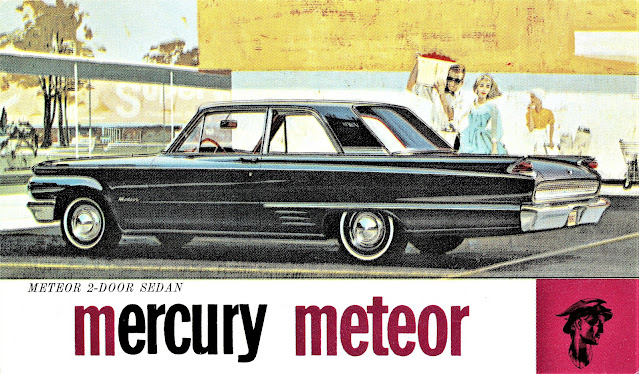 Have you ever seen a Meteor IRL? Maybe not, we've only seen 2 or 3 (not including Freddie) since we learned about them. In 1961 the Mercury brand launched a new line, with the full-sized Monterey at the top end, the mid-sized Meteor, and last but not least the adorable compact Comet. Each of the models was also available in an "SS" package with sporty bucket seats, and the Meteor SS-33 included the addition of some super sweet trim. 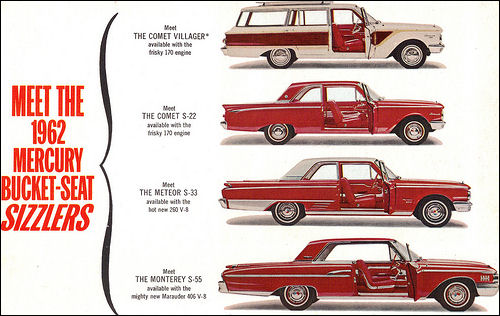 Overall sales of the new Mercury line were disappointing, and the models were discontinued in 1963. I'm not sure of overall production numbers for the Meteor, but one website states production for the 1962 Meteor was a total of 32,953 units. Yet another website says 51,912 Meteor units were made in 1962. Compare these numbers to Meteor's fraternal twin Ford Fairlane with 297,116 produced in the same year, and you'll see why Freddie is a one of a kind!

The original Dealer network allocation for Freddie the Mercury is noted as Twin Cities, Minnesota, and was purchased through a Belleville, IL Ford/Lincoln/Mercury (which means Freddie is still living in his native state of Illinois!).

Freddie's very first owner Marvin Kassebaum purchased him from that Belleville, IL dealer on July 17, 1962 for about $2,300.00. Marvin appears to have taken very good care of the Meteor, there are lots of notes from Marv in the original owner's manual about when to get tune-ups and regular maintenance checks. Marv possibly traded in Freddie at a local Belleville, IL Oldsmobile dealer, where Ann Wingerter purchased the used Meteor in 1967 for a total of $936.00. I think Ann and the Meteor got in a little fender-bender, smashing up the front passenger side quarter panel and trim. This appears to be the ONLY body damage the Meteor has sustained in 60 years.

The story goes that Ann parked the Meteor in the garage later in her life, and it sat there until Jon Walker purchased the car in 1995. I'm not sure how long Jon owned the Meteor, but it was next purchased by Mr. Kirwan about 2005-ish. Mr. Kirwan purchased the car to work on with his son, and they did some work for Freddie, like adding some air shocks in the rear, adding those puffy tires, and spiffing up the engine a bit. 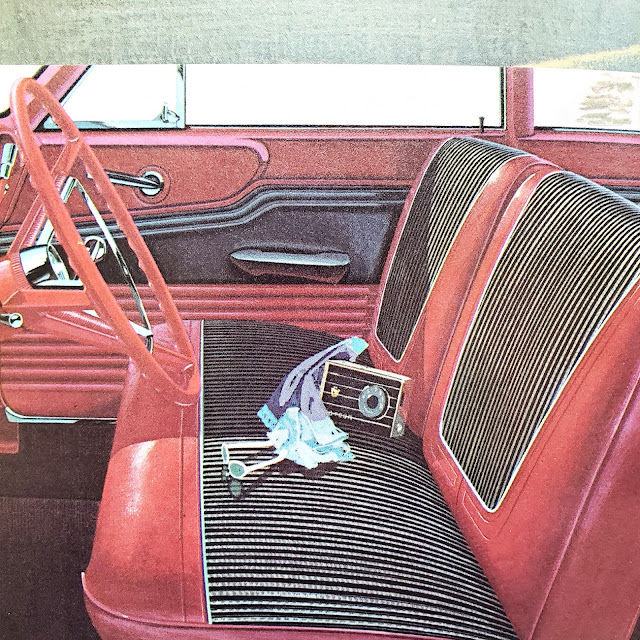 We purchased Freddie in 2014, when a good friend saw the car posted online and remembered that I'd once said how much I loved the look of the Meteor. We went to look at Freddie about an hour or so south of Chicago, and it was absolutely love at first sight.💕 Plus, as old cars go, this Meteor was really clean, and my friend was like, if you don't buy this car, I'm gonna do it!

Since then, we've given Freddie a lot of TLC both inside and out. We pulled the old, original, beat-up seat covers off and replaced them, and installed new interior carpeting and floor liner. 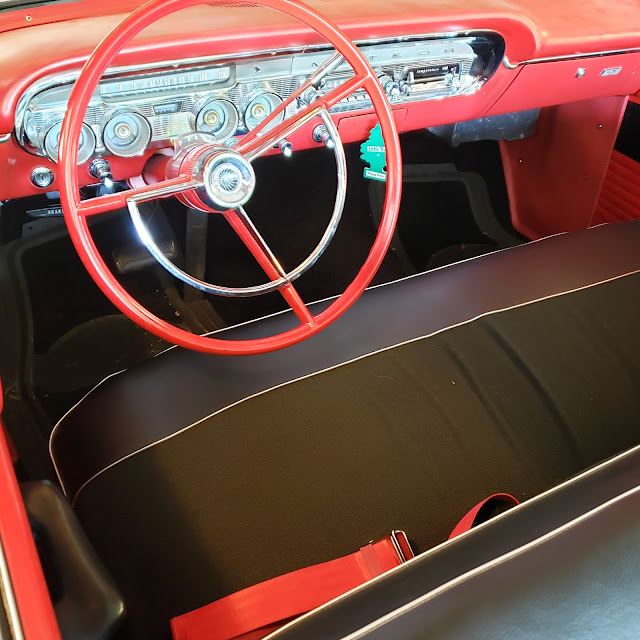 We had the transmission and engine top-end rebuilt, added new braking master cylinder and lines, and had a thorough tune-up. And a new muffler. And new plugs and plug wires, too. And probably some other little stuff that I just can't remember (like a new key ignition).

The only things on my wish list right now are some bodywork and painting, which may happen in the next year or two. 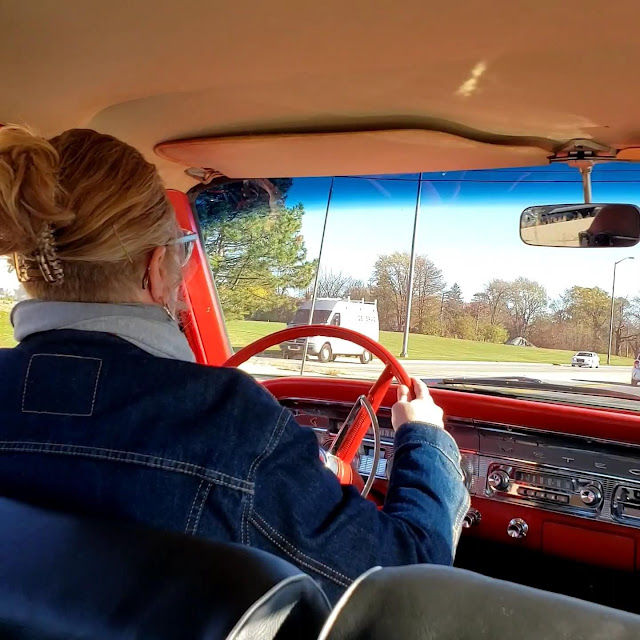 For the moment Freddie is driving great! I hope to keep Freddie keepin' on for many, many years to come ❤.
Email Post
Labels: 1962 1962 Mercury Meteor american car classic freddie the mercury mercury meteor vintage 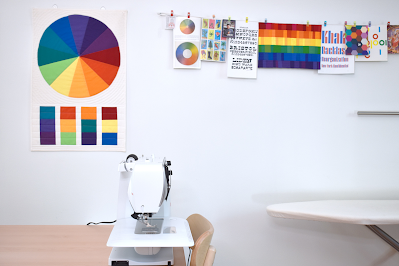